What can I say, I had a great time at C2E2 this year! First I wanted to thank those folks that stopped by to either say hi or to pick up some goodies at my table. I totally appreciate you all in doing so, it makes the trip very worthwhile and am looking forward to the next trip to the Windy City. But anyways, I wanted to post some of the con sketches I did over the weekend for you to view. Enjoy! 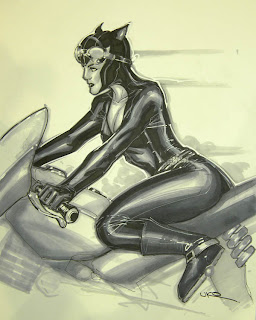 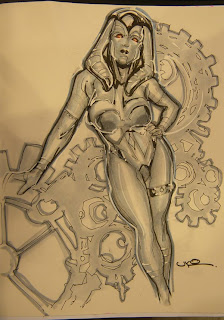 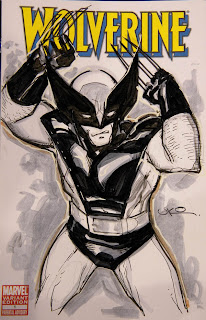 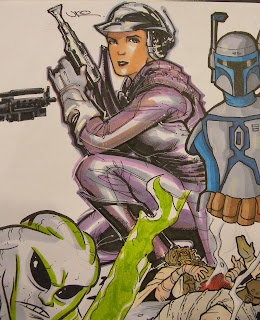 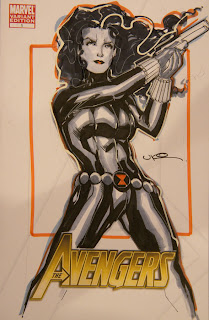 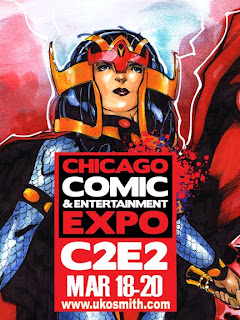 Only a week away and I'm hashing away at getting things ready. I'll be at Artist Alley table # D2. I'm really looking forward to this show and seeing some great friends!
Posted by uko smith at 10:04:00 PM No comments:

JULY 16, 2011
The Derby City Spotlight returns to shine on Derby City Comic Con 2011 Guest Uko Smith!
What projects are you currently working on?
Well, one I can’t mention at the moment is with a legendary pro in the field. There is a project in the future with Blue Line Pro and Bob Hickey. There are a few personal projects that I’m working on, one is called E.C.O. (Ecological Onslaught) and Salem Erotica. Other than that, I’m just working with various freelance projects and teaching comic book illustration @Columbus College of Art & Design.

What was your first professional comic book work?
Oh, wow! There were a few but I can’t quite remember the timeline just right. What I do remember is doing a few pinups for Rick Buckler Jr., on a character called the Golden Warrior. It was that and again, doing pinup for CB Cebulski, when he worked at CPM Manga.

Which project are you the most proud of? Well, currently, I would say the release of FX: The Lost Land thru IDW. But there are so many to mention. I guess the other project I would honorably mention was the series called Visions of Erotica, which was a series of portfolios of sexy women, that I would say, put me on the map, years ago.

Is there a project or title that have you not worked on, but would love to take on?
Yes, Wonder Woman and or Catwoman!

Who are some other creators that you really admire?
There’s quite a few, but the one’s that I truly admire and not all are comic creators. To start, John Byrne, Larry Stroman, Michelangelo, Frazetta, Sorayama, Mucha, Nagel , George Bridgeman, Vargas

Outside of comic books, are there any other creative projects that you are involved with?
Yes. One is the launch of a new Sketch Video Series of how I work. Right now, the first video is that of a character called Minx, who is a character out of the pages of the graphic novel I illustrated with creator and writer, Wayne Osborne, called FX: The Lost Land. There are other subjects that are in the works to be later released throughout the year and beyond.

www.derbycitycomiccon.com
Posted by uko smith at 11:47:00 PM No comments: 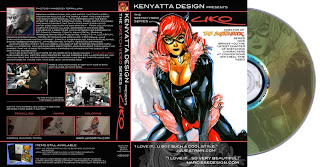 Have I mentioned how much I love sketching! This time, it is of the character called Minx from the graphic novel I worked on FX The Lost Land. I find her sexy lookin' as it is.This is pretty much the technique I would use for the sketchcard stuff. So anyways, The entire video from pencils to finished marker technique took me approx. 70min. This piece measures 11x14. Now, this is my normal speed without any interruption.I'll have these available at c2e2. Enjoy!
Posted by uko smith at 10:38:00 PM No comments: