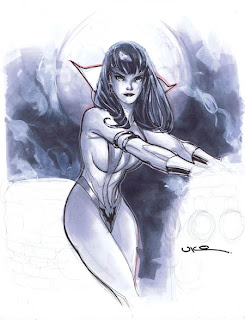 Alrighty, I just want to update on what i'm doing thus far this summer. Currently, I just finished with Summit City Comic Con in Ft. Wayne, Indiana. I want to thank Zack again for putting on such a well organized show. It is the 2nd year for Zack in putting together such a good one day show. It's always great to see fellow artists and friends and catch up with folks to see what everyone is doing. This is one of the great things about attending shows that I love the most. There were some great people also coming up to chat and talk shop about various art and entertainment news. But anyways, I am currently working on some two new sketchbooks, along with a few other things that I will premiere at SanDiego Comic Con, which I am very excited about. It'll be my first time there and for some reason I keep thinking that I won't be prepared, but I know I will be as i've been doing this for a good dozen years in preparing for shows. So, with that in mind, I know i'll be ok. But soon, I'll be having the two new sketchbooks up for pre-order prior to Comic Con. Also, I'll be attending another new one day show in Louisville, Ky. called Derby City Comic Con, July 16There is a good guest list as I'll be a part of a panel on self publishing. It looks to be a good show and if you've got the time, come on down :). Also, I don't normally give movie reviews, but, I just saw Green Lantern and I just thought it was "ok" and I'll leave it at that. I'd rather leave reviews to those who are probably more qualified and with a fanbase on movie reviews. Have a great Father's Day to the dad's out there. 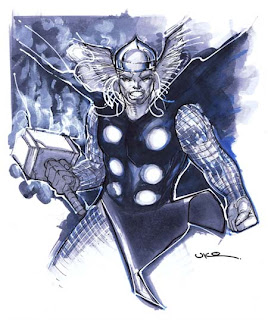 For another exciting weekend, I'll be at Summit City Con this weekend in Ft. Wayne Indiana. I went for the first time last year and had a wonderful time and am looking forward to another great show. Great organizers and who knew how much Ft. Wayne was looking for another good comic book show. There will be some good artists/ friends in attendance , so I hope you'll give yoursel fan opportunity to make your way out to Ft.Wayne, Indiana.
See you there,
uko
Posted by uko smith at 6:17:00 PM No comments: 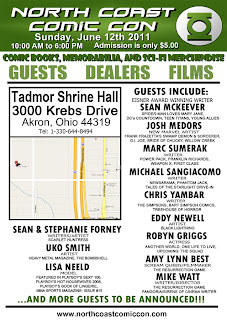 Okay, so this weekend i'm off to another one day show in Akron. This is a new show with some great guests and some I can say are friends of mine. So, let's get some people out to this show and have some fun for a Sunday afternoon. I'll be doing some con sketches, with sketchbooks and prints in tow. I look forward to seeing you all there.
Peace
uko
Posted by uko smith at 2:17:00 PM No comments: